CEO of Mavin Records Don Jazzy has reacted epic to a photo of him portrayed as a woman alongside some other Nigerian celebrities.

Don Jazzy posted the photo on his Instagram page appreciating the fact that he was given low cut hair and not a wig as the others.

According to him, he’s okay they gave him low cut as that makes him look somehow beautiful than the others.

His fans just reacted hilariously to it as they claim he would have been very beautiful if he was a woman with a low cut.

See the screenshot below:- 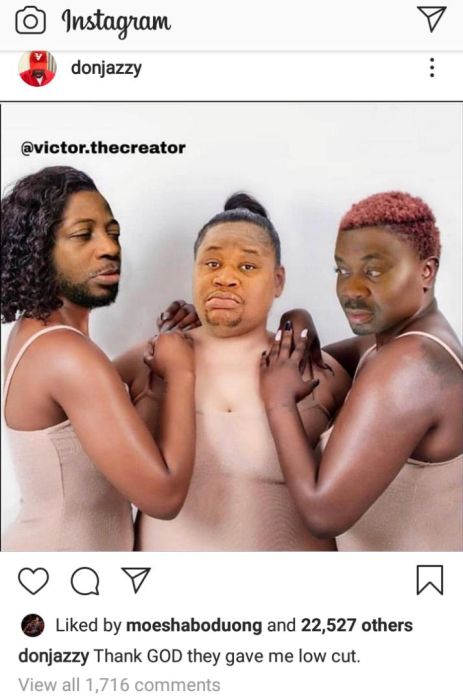 ENTERTAINMENT Why I Named My Grandson, Goodnews – Obesere

According to DR KEMI OLUNLOYO:

#BREAKING @hushpuppi is not going down alone. 47 countries...Read more

God will need your help

By mohammed15|9 hours ago

Hushpuppi Is An Angel Compared To Buhari - Reno Omokri (Video)

By Admin|9 hours ago