An angry Nigerian Lady took to Twitter to share a conversation she had with her private cab guy.

Tito who took to her Twitter handle via @TitoOfLagos expressed her anger after her cab guy chose to disrespect her.

Apparently, Tito had shared a photo of her laps on her Whatsapp status to her contact list, when her cab guy replied her with “Can I come and eat your kinni while you stay in bed am sure it will help calm your nerves”

AD: Sell Bitcoin and Gift Cards and Get Paid in Naira Instantly – Click Here
Tito who felt it was disrespectful replied, “Eat whose kini???? Are you mad or something because what the hell is the disrespect for”

The cab guy then replied, “No disrespect intended, just being naught with a friend I so much respect”.

Tito gave him her last words, then blocked the cab driver.

See the conversation below:- 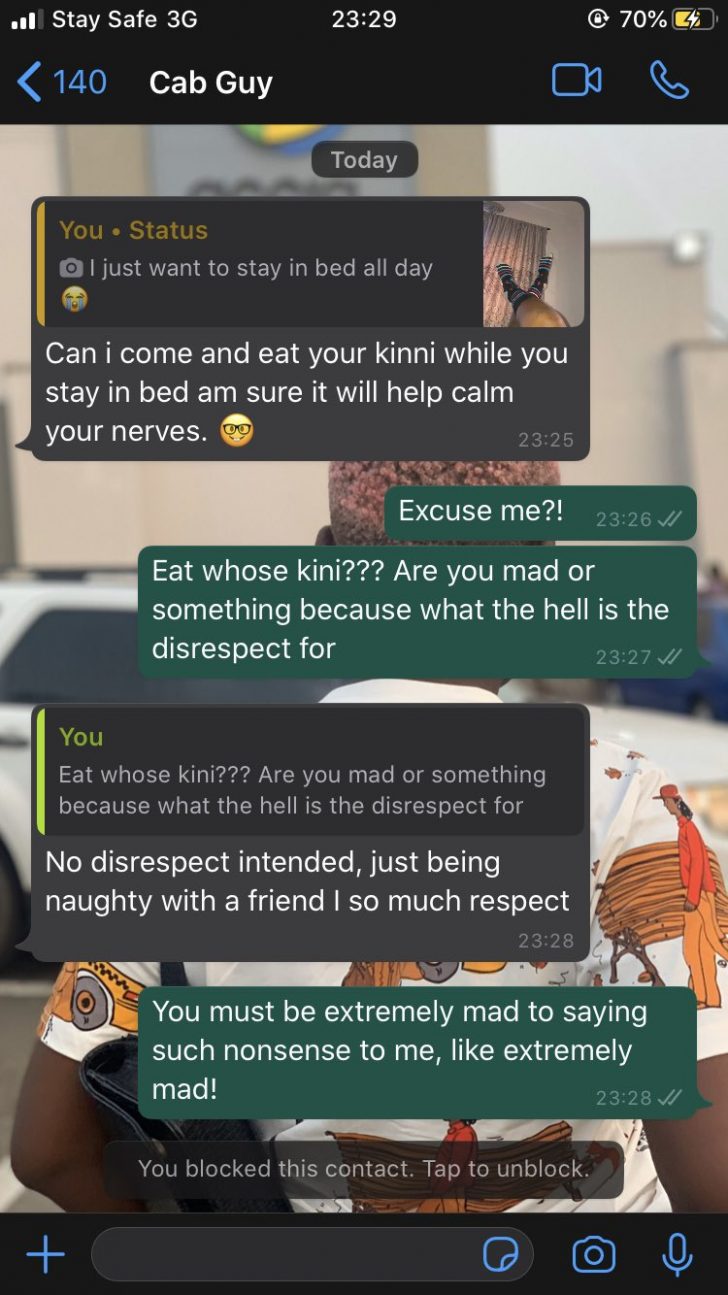 By Admin|3 months ago

By Admin|4 months ago

A young Nigerian twitter user has lamented on her inability to get herself a man to meet her fulf...Read more

By Admin|4 months ago

By Admin|3 months ago